Home Where we work 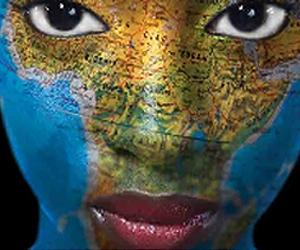 Within Africa in So Many Ways

The most populous country in Africa, Nigeria accounts for approximately one sixth of African population (or one fifth of Sub-Saharan African population). Approximately 50% of Nigerians are urban dwellers. At least 24 cities have populations of more than 100,000. The variety of customs, languages, and traditions among Nigeria’s 389 ethnic groups gives the country a cultural diversity. Nigeria suffers from a population explosion, with a current population in excess of 170 million (2012) and a growth rate of more than 2% p.a. (or a doubling time of about 30 years), with all the associated problems such as youth bulge, crime, ethnic tension and high emigration.The most numerous ethnic group in the northern two-thirds of the country is the Hausa-Fulani, the overwhelming majority of whom are Muslim. Other major ethnic groups of the north are the Nupe, Tiv, and Kanuri. The Yoruba people are the most numerous in the southwest. Over half of the Yorubas are Christian and about a quarter are Muslim, with the remainder hold traditional Yoruba views. The predominantly Christian Igbo are the largest ethnic group in the southeast.

How to Add an Image (Working with Images)